Learn more about SMA from the DNA Learning Center
What is Spinal Muscular Atrophy? Expand

Spinal Muscular Atrophy (SMA) is a genetic neuromuscular disease characterized by muscle weakness and muscle atrophy. Patients with SMA generally start to show symptoms early in life, and the disease becomes more severe over time. SMA is the leading genetic cause of death in infants and toddlers. The severity of SMA varies; it ranges from very severe with symptoms starting to show in the first few months after birth, to mild with disease onset in adulthood. For more information about SMA including videos with medical experts, please visit the DNA Learning Center website (http://www.learnaboutsma.org/).

What is the cause of SMA? Expand

Unlike many other rare neuromuscular diseases, we know what causes SMA. SMA is caused by a problem with a gene called Survival Motor Neuron 1 (SMN1). The SMN1 gene is the main gene responsible for creating a protein called the SMN protein. SMA is a result of reduced levels of this protein. SMN protein plays a critical role in the survival of special types of nerve cells in the spinal cord called motor neurons. Motor neurons are responsible for controlling muscle movement, and when there is not enough SMN protein produced, these neurons become sick and have trouble sending signals to various muscles, making muscles become smaller and weaker over time. 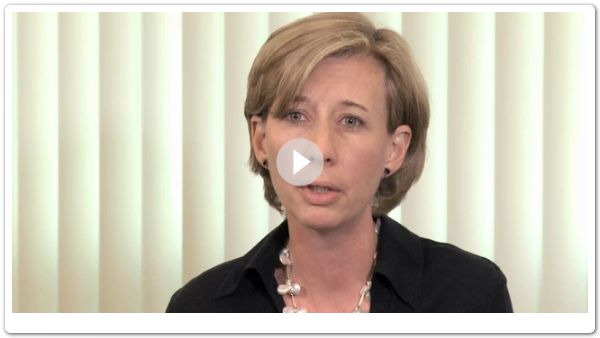 Dr. Charlotte Sumner explains the cause of SMA and the two genes, SMN1 and SMN2
http://www.learnaboutsma.org/what_is_sma/2.html

What are the symptoms of SMA? Expand

SMA is characterized by a progressive loss of muscle control, muscle movement, and increasing muscle weakness. SMA patients generally start to show symptoms early in life, and the disease becomes more severe over time. Proximal muscles (muscles closest to the center of the body, such as those in the torso and neck) are more severely affected than muscles furthest from the center of the body (distal muscles, such as those in the hands and feet). People with SMA either never acquire or may progressively lose the ability to walk, stand, sit and/or eventually move. In addition, normal growth and development can place additional stress on already weakened muscles. Thus SMA patients often develop respiratory illnesses, and bone and/or spinal deformities which may require surgical treatment.

It is important to note that SMA patients do not have cognitive deficiencies as a result of the disease, thus children with SMA develop normally cognitively. 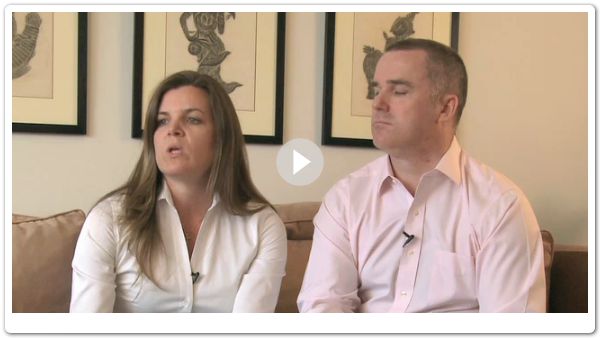 Esther and Frank talk about the diagnosis of their 2 year old daughter, Maeve
www.learnaboutsma.org/what_is_sma/9.html

How common is SMA? Expand

One in every 6,000 to 10,000 children is born with the disease. SMA has generally been believed to affect as many as 10,000 to 25,000 children and adults in the United States, making it one of the most common rare diseases. The disease prevalence, or number of people living with the disease, is comparable to other rare diseases such as ALS (Lou Gehrig’s Disease), cystic fibrosis and Duchenne muscular dystrophy. Approximately 1 in 50 Americans, or about 6 million people, is a carrier of SMA. Carriers do not exhibit SMA symptoms but they have or ‘carry’ mutations in the SMN1 gene, and therefore could potentially pass it along to their offspring.

How is SMA diagnosed? Expand

Children with SMA generally appear normal at birth, with symptoms developing as early as a few months after they are born. Symptoms of SMA often overlap with other neuromuscular diseases, therefore diagnosis of SMA can be challenging for a non-specialist. Please consult your doctor if you suspect any symptoms of the disease in your child. A diagnosis of SMA is usually made by a pediatric neurologist and confirmed by a blood test, which is designed to identify genetic defects in the SMN1 gene. 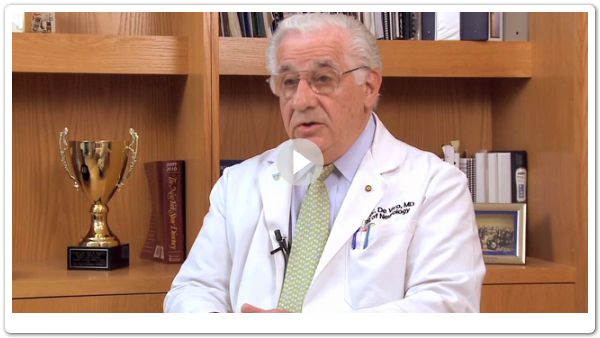 What is the life expectancy for people who have SMA? Expand

The life expectancy for SMA patients varies by type. Many patients with the severe form of SMA (Type I) die before the age of two. However, the life expectancy of Type I patients really depends on the severity of the disease at diagnosis, as well as treatment choices (which can include respiratory therapy, nutritional support, and physical therapy). Therefore, depending on the care provided and the severity of the disease, some Type I patients may live into adulthood.

Children with moderate to mild forms of SMA (Types II and III) live into adulthood and may have a normal life expectancy depending on the severity of respiratory, nutritional, and orthopedic symptoms.

What are the different types of SMA? Expand

Type I, Acute Form of SMA (Werdnig-Hoffmann): Patients typically exhibit limited movement and have difficulty holding their head straight, feeding, and swallowing. Reduced strength in the chest muscles often results in labored breathing with the chest appearing sunken. The progressive weakening of the muscles leads to respiratory infections, lung collapse and eventual death, usually by the age of two years. About 60% of patients with SMA are born with this form of the disease.

Type II, Intermediate Form of SMA (Dubowitz): Symptoms usually emerge in patients between six and eighteen months, and the progression of symptoms varies greatly. Infants and children with this form of the disease are at one time able to sit unassisted, but do not walk independently. Due to the varied progression of symptoms, life expectancy ranges from early childhood to adulthood. The majority of Type II patients live into adulthood.

Type IV, Adult Form of SMA: A less common form of SMA that afflicts adults and is characterized by a slower progression of symptoms that particularly affect walking. Symptoms typically emerge after age 35.

How can I find a doctor who specializes in SMA? Expand

You can visit the Pediatric Neuromuscular Clinical Research Network (PNCR) and the Muscular Dystrophy Association (MDA) websites for a list of clinics within the U.S. that provide specialty care and support for patients with different types of neuromuscular diseases (including SMA).

What makes SMA genetics unique? What is the SMN2 gene? Expand

Muscle weakness and atrophy in SMA results from the deficiency of a protein called SMN. The SMN1 gene is primarily responsible for making this protein and SMA patients have defective copies of this gene. However, every person with SMA also has a similar gene known as SMN2, which also produces SMN protein. Unfortunately, the SMN2 gene is not able to produce enough SMN protein on its own to support normal motor neuron and muscle function. People with SMA who have more copies of SMN2 tend to have a less severe form of the disease than people who have fewer SMN2 gene copies. For the reasons stated above, the SMN2 gene provides a unique opportunity for drug development, and several companies are working on developing therapeutics that would help the SMN2 gene produce more SMN protein to better support motor neurons and muscle function.

What kind of care does an SMA patient need? Expand

Many people living with SMA need round-the-clock care from their families and also from a variety of medical specialists. A Guide to SMA Standard of Care, prepared by the Patient Advisory Group of the International Coordinating Committee for SMA Clinical Trials, highlights the following:

How is SMA inherited? Expand

SMA is an autosomal recessive disease, caused by a deletion or mutation in the Survival Motor Neuron 1 (SMN1) gene; meaning that for someone to have SMA, both copies of their SMN1 gene (one inherited from their mother and the other from their father) have to be defective. Having one normal SMN1 copy and one defective copy will allow a person to produce enough SMN protein to prevent any symptoms of SMA. Such individuals with one normal and one defective SMN1 copy are called carriers. Approximately 1 out of 50 people is a carrier of SMA. If both parents are carriers of the defective SMN1 gene, then each one of their children has a 1 in 4 chance of having the disease.

Please visit the links below to see more videos about SMA inheritance. 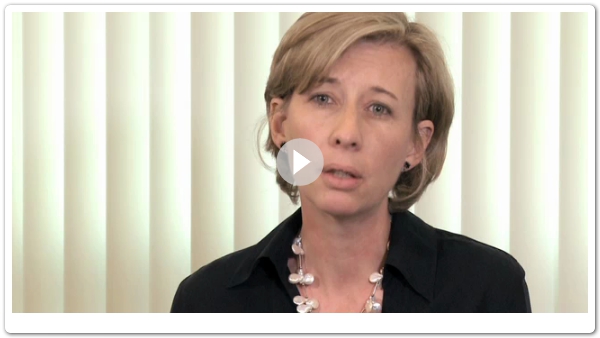 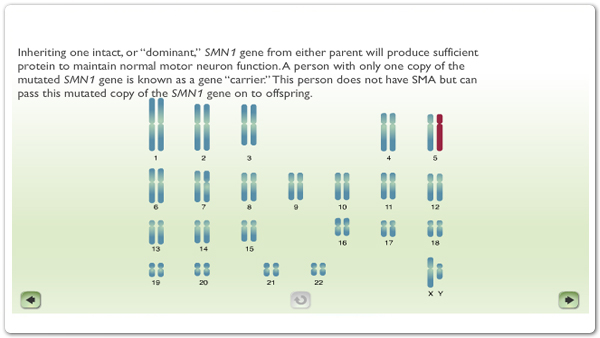 Click through this animation about cells, DNA and the pattern of inheritance for SMA
www.learnaboutsma.org/what_is_sma/4.html
Are there any ongoing clinical trials in SMA? Expand

Please visit the U.S National Institutes of Health clinical trial webpage to find out about the ongoing and future trials in SMA.

What is Spinal Muscular Atrophy with Respiratory Distress (SMARD)? Expand

SMARD and SMA are separate diseases with distinct causes, though the two diseases are also both characterized by muscle weakness and atrophy. Spinal Muscular Atrophy with Respiratory Distress (SMARD) is a rare neuromuscular disease that results from the aberrations in the IGHMBP2 gene, whereas SMA is associated with the SMN1 gene.

What is Spinal and Bulbar Muscular Atrophy (Kennedy’s Disease)? Expand